Capacity building, Commitment and Consistency. The 3 C's of City Performance.

The index offers a range of datapoints in terms of FDI City performance including projects, capex and jobs as well as looking at year on year performance variances. This data is more than a technical mash up – it highlights just how dynamic the FDI business is and helps us understand more about developed cities that continue to not just survive, but thrive including London, Dublin, Toronto; and challenger cities that are rapidly enhancing their FDI performance – with Jakarta taking the prize for most significant performance change year on year. 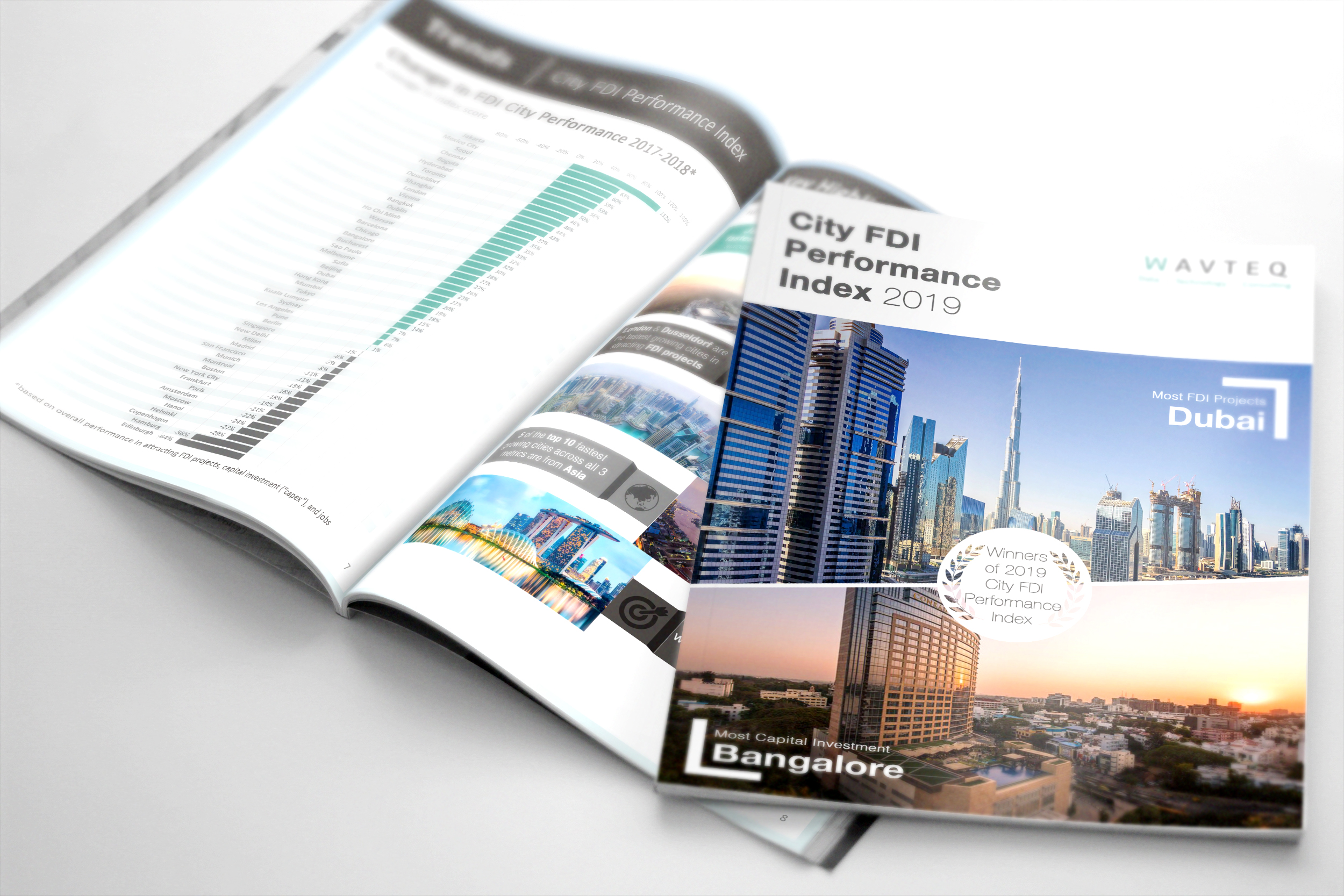 The Top 5 ranked cities in the overall index is not so surprising perhaps. The FDI powerhouse of the Middle East, Dubai continues to dominate in volume of projects – taking pole position for the third year running - and ranks 2nd globally in the City Performance Index. The top European performers in the Rankings Index, Dublin and Bucharest – highlight two important points. Dublin's continued strong performance points to the fact that a competitive business environment, rich in skills coupled with a strategic and well organised investment promotion approach will continue to pay dividends. The IDA have been consistent in their ability to continue to enhance their performance year on year and to build on success. Drive and commitment to continuous performance improvement also explain in part the good performance for Toronto and London over other developed city rivals. Their city agencies – London & Partners and Toronto Global – the latter being a recent newcomer - are helping to provide focus and impetus for further city growth (in challenging circumstances we're all aware of in the case of London!).

Bucharest has continued to go from strength to strength. It's overall 4th place Ranking position is heavily influenced by its knockout level of job creation based on less (but bigger) projects than its rivals suggesting a strategic account management approach to its FDI attraction efforts as well as a compelling cost advantage for investors.

Asia's FDI stalwart Singapore, again has topped the overall Ranking Index and is 2nd across all the performance measures. The year on year growth index – where Singapore has a weaker score than its closest rivals is perhaps the only visible chink in its armour and one which may well be exploited in Asia given some of the cities that are quickly developing there.

The underperformers in the Rankings Index is also insightful and we can see a tale of two types of (FDI) cities. There are developed economy cities - like Hamburg, Chicago and Tokyo - and then a range of developing economy cities like San Paola, Kuala Lumpur and Beijing alongside these. Whilst the situations of these groups are very different in terms of proposition and maturity of their efforts / investment promotion organisation, the need for strategic (re) focus and capacity building is clear. For the developed economy cities, this may be more selective and focused on areas that need to be re-invigorated – a fresh marketing approach or key account management strategy. BRE is also very important. The lift for cities like KL is perhaps greater in terms of comprehensive capacity building but the correlation between capacity building and those cities which shown the highest levels of improvement is striking.

The index highlights that the landscape is changing and will evolve with players like Jakarta, Mexico City, Chennai and Seoul committed to increasing their FDI influence and market share.

Got a question about this blog?